Radically Authentic : Tales From The Streets Of Tallahassee 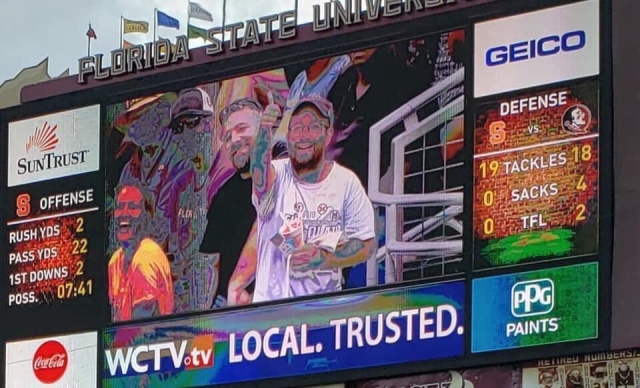 When most people think of the holiday season in Tallahassee they think it’s a ghost town. I am not most people. This year I am trying to change the story of what people perceive Tallahassee as during the last 2 weeks of this year. Yes, the student population leaves but they are replaced with those who come back for the holidays and call Tallahassee home. We also still have plenty to do here. Between sports, politics and culture there should be enough to do that makes it worth being here for the holidays. There are still Basketball games to see, it is a committee week this week, and there are Opening Nights concerts to attend as well as holiday parties to hop around to! We just had our annual winter festival that some people still don’t seem to know exists. There are local small businesses that rely on those people still in town to keep them going. Graduation is this week and there will be plenty of events to find until New Year’s Eve when the town starts to feel like normal again. My ask this holiday season is to help change the story and get people to think outside of the average way of saying that Tallahassee is a ghost town with nothing to do. Go explore any of our awesome districts and try something that we have to offer that you haven’t yet! Once you do you may be pleasantly surprised with how much Tallahasee has to offer that you may not have expected with places of things to do here!
Mike Goldstein owns Capital City Pedicabs and supports his fellow local business owners as much as he can. He is a strong advocate for the local economy and urges everyone to get out there to do their part this holiday season. He can be reached at mike@capitalcitypedicabs.com