Learn About The Tallahassee Film Festival! 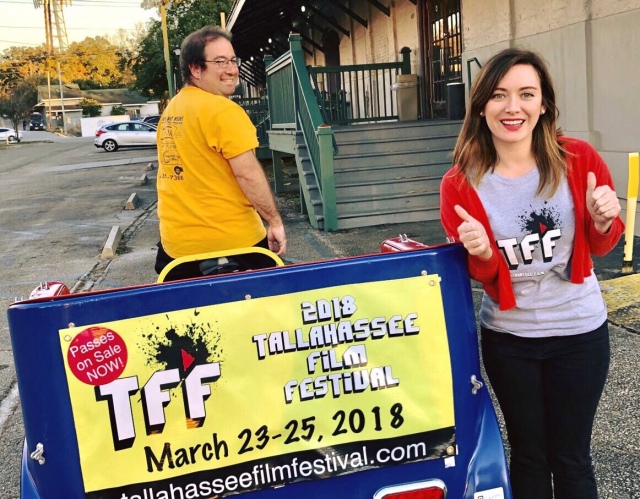 How did tallahassee film festival get started? The Tallahassee Film Festival was started out of a Knight Creative Communities Initiative (KCCI) in 2008. I came on board at that time as a programmer for the festival, and realized it was an endeavor that this city was lacking, and I wanted to be a part of making it happen.

What do you want visitors and locals to know about tallahassee film festival that they may not already know? There’s not a huge offering of indie, arthouse or foreign cinema in this town, and that’s one of the things which the festival does – we bring much needed exposure to incredible work that otherwise may not be seen by audiences in this region. Over the last ten years, our festival has screened films by filmmakers who’ve gone on win Oscars (i.e., Barry Jenkins), we’ve premiered early work to the Tallahassee audience from filmmakers like Denis Villeneuve (director of Blade Runner 2049), Joe Swanberg (Netflix’s “Easy”) and more. Our festival is a fertile ground for discovering the next big artist, and I’m proud of that.

How has tallahassee film festival grown since it started? Our first festival screened about 65 films, while this year’s festival will screen over 90 films and includes over 50 guest filmmakers and talent. Additionally, this year, we’ve begun to realize our goal of expansion into the Big bend region. We’ve partnered with our first satellite venue during the festival, which will be the brand new Palaver Tree Theater in Wakulla.

What brings people to tallahassee film festival? Our films and the talent we bring into Tallahassee. I think if people are looking for some fun, fresh, and original films, including ones that are critically acclaimed and direct from major film festivals like Sundance, Toronto and Berlin, they will enjoy their time at our festival. Mingle with artists, filmmakers and talent, and see some great movies!

What’s next for tallahassee film festival?

Bigger. Better. More! I’m hoping that in the coming years we’ll be able to begin expanding the scope of the festival to include more days – not just a weekend-long festival – and more venues around the city and the region. As a long-term goal, I’d also like to include more visual arts form, like VR and gaming into the festival.

What social media does tallahassee film festival use?