How did the idea for The Sonnet Man come about?

In 2010, I got a call from my Broadway Playwright Arje Shaw. He was looking to produce a CD of Shakespeare Sonnets in Hip Hop. Melissa Gutman a mutual musician friend introduced us- we all squeezed into a tiny closet size Soho Studio for 5 months with Daniel Lynas composer and recorded the first Sonnet Man CD

What do you want visitors and locals to know about The Sonnet Man that they may not already know?

What is the typical reaction to people hearing you for the first time?

I usually get a look of surprise. No one really knows what to expect before hearing Shakespeare’s words rapped.

What would William Shakespeare think about having his sonnets put to rap?

I think he would accept it. Now, a community can connect with a person who was once deemed only for the elites.

What’s the craziest think to happen at an event?

In Prescott, Ontario I spoke to a couple and got the husband involved in the show, by answering questions and dancing/chanting to Shakespeare’s sonnets. I found out afterward that the man I reached out to was the Mayor of the town.

Describe The Sonnet Man in 5 words or less

What social media does The Sonnet Man use? 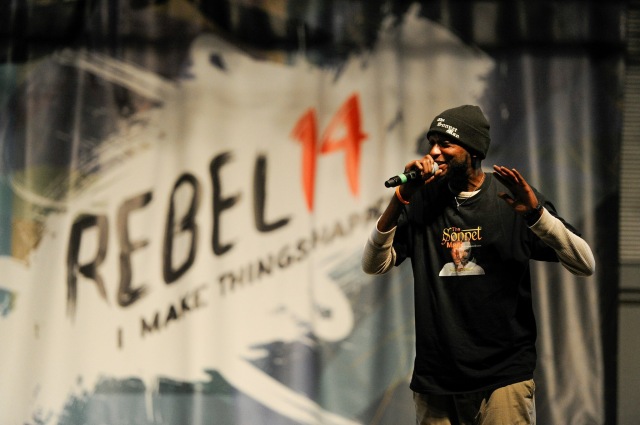