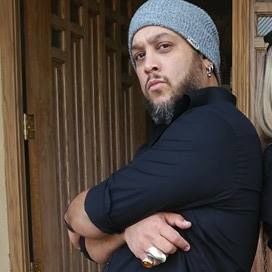 What have you noticed about the comic industry over the years?
Honestly, as of late, I don’t keep up with comics as much as I should. (Sacrilege, I know!) I’ve been focusing on the film industry and don’t have a lot to say on current storylines or developments in print. I will say, I like the attention that comic stories have gotten in film, but it seems as if the same issue exists that was around years ago. Comics seem to cater to comic fans, in that, any advertising that is done is marketed to people who are already fans of the genre. I have tried talking to several people who might be able to change that a to why there is no money put into marketing to people outside of the industry. I’ve never understood why there weren’t more ads in publication outside of comics. People talk about how the industry is too small, or in some cases, they think it’s a dying industry (which I don’t believe), but nothing is really being done t change that. Sure, they show comics flipping at the beginning of Marvel movies, but why not use the time before a film to market the industry as a whole? “You liked the movie, go out and buy the comic!”. Or advertise on tv, or in magazines and bus stops. You know, where people who don’t already pick up comics can actually can see the ads. I mean, Free Comic Book Day is supposed to be a day to bring people who don’t read comics into the fold, and it seems to be a day for collectors. It kind of irks me that you see FCBD books on ebay. Really? The word is “free”. Anyway, that’s probably the biggest thing I’ve noticed. They still don’t advertise outside the industry.

What do you want visitors and locals to know about the industry that they may not already know?

Probably that it’s not just for nerds and geeks, which, by the way, there is nothing wrong with. Used to be one got beat up or made fun of for being a nerd or geek, now it’s the cool thing to be called. Funny, that. I will say that I believe comics can be a great learning tool. I learned a lot in comics. Growing up an artist in a tough neighborhood, I learned that it was okay to be different because of comics. I really clicked with Spider-Man when I was a kid. Here you have this outsider that had a tough childhood and got made fun of, and he turned it into a positive. That really resonated with me. I wanted to be Spider-Man so badly when I was kid. Now, I have a fear of spiders, so I’d have a tough time if I knew I had to be close to one and get bitten to become Spidey! Other than that, I guess I would like people to know that comics is a tough job to have, if you want to do it well, and work with a big company. A lot goes into comics that people don’t realize. As a penciller, you have to know anatomy, storytelling, framing, timing, camera direction, perspective, lighting, architecture, acting… the list goes on. You have to be able to do that on a deadline, and it doesn’t always turn on and off like a light, for me anyway. I need to be in a certain mindset to be able to draw. Of course I can can ‘just draw’, but to get it right, I need to be ‘in the zone’, and it’s hard to get there and stay there sometimes. You can’t just sit at your desk at 9am and work till 5pm and think you’re just going to churn out a great comic. It’s like writer’s block. Sometimes, it’s just not there, and you don’t feel it. I guess what I’m saying is, I want people to know that drawing comics for a living is not easy work, and it sounds better than it is to just work at home and draw all day. People think it’s an easy, fun job. Nope, it’s a job like any other. I’ve done labor work, and sometimes I’m just as tired from drawing as I was working construction all day. It’s a different tired, but it’s taxing.

What’s the project you have worked on that you are most proud of?

That’s easy. Sunfire and the Big Hero 6. No question. It was the first solo comic book I had ever done. I was just married, 23 years old, and I had the opportunity to finally work for Marvel on my first full comic, and it was three issues, of which they let me even draw the covers. My now old friend and always inspiration, the legendary Michael Golden, helped me get that job. I met Michael when he was an editor at DC Comics and I was a lowly intern, and I was up at Marvel one day showing my work around. As I was leaving, (with no work), I saw Michael writing at a desk. I knocked on the door, for nothing more than to say hello. I didn’t even know he was working there. He just happened to be the art director, and after looking at my work, he told me there was a project he thought would be right up my alley. Long story short(ish), it turned out to be Big Hero 6, and he helped get me the work, and even worked with me along the way, acting as a sort of art director/editor, to make sure I did the best I could. He also told me that if I messed that job up, I could forget I knew him! Great incentive to make sure you get the job done, especially as a first job, and working under one of my inspirations. I look back, and it’s not even nearly my best work, but look where it went. Turned out to be one of the biggest Disney films to date. Top five ain’t a bad spot to be! I didn’t create anything but the look of the villain in that story, but I’m very proud to see where the first solo project ever worked on, went. Yeah, easy question to answer. I have a children’s book I’m getting ready to do a crowdfunding campaign for, called, I’m Not Going To Bed (check out the FB page of the same title!) and a creator owned comic named Fang: The Weeping Reaper, which I’ve been working on for years, now. (Check out that FB page, too!) That one is also written by David Atchison.

How did The Occult Crimes Taskforce come about?

I moved from NYC to Atlanta in the early 2000’,s, and was roommates with the writer of the O.C.T., David Atchison, who I had also been brainstorming with on a few things. He told me he had this project he was writing, and he thought it might be something Rosario (Dawson, who just happens to be my niece) might be interested in, as Tony Shasteen, the artist of the book, did a realistic style of comic art really well. I read the treatment, and immediately loved the idea. I took it to Rosario, and with my recommendation, she came on board. It was really a new venture for all of us. Celebrities had been in comics before, but, as far as I know, always as themselves in fantastical situations, and never as a character, as in, “Rosario Dawson, starring as Sophia Ortiz”, as if she were an actor in a film. It was really unique way of approaching the idea of comics and celebrity. I think we were the first ones to approach it that way. I think we did a pretty good job. I was mostly behind the scenes, though. I did some creative stuff, but it was more on a production side of things. I brought a lot of the pieces together, from getting people on board, to talking to companies, and helping set up interviews and things. Definitely more on the business side of things, which was a good learning experience for what I’m trying to focus on now, which is producing movies and tv.

Can I just answer that with a yes? Haha!.

I have all of it. Facebook (I think I have five separate pages!), Twitter, Pinterest, Tumblr, LinkedIn, IMDB, Instagram… yeah, I use it all. Some way more than others, though. Facebook is probably my biggest and worst, though. I spend way too much time on there, talking mostly about politics and such. By the way, go Bernie Sanders! #FeelTheBern. (Little plug there for my candidate)

Describe the comic/art industry in 5 words or less.

Not much different than Hollywood.