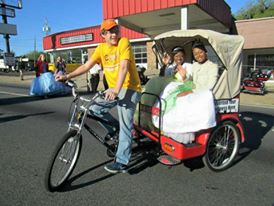 I was one of the first, if not the first driver, for Capital City Pedicabs and during my time as driver I have seen and been a part of amazing things. Now I’m not going to lie, riding up hill and have easily 300 pounds being pulled by you is a work out, but even so I had more fun than work.
Few of my fondest memories are riding around during the Spring Time Parade. I had kids, old couples and new loves sitting in the back enjoying the sights and sounds of our capital, even feeling like I was a part of the parade. People waved and laughed as we rode by. The kids were the best though, light and easy to carry but also they treated the experience as ride more the away of transportation. They would throw their hands up going down hills, squeal as we do our turns and cheer me on going up hills. Small things like that, I doubt anyone couldn’t find joy in.
Now the night life of a Pedicab driver is a funny one. I didn’t really work many nights but I did work a few First Fridays at Railroad Square. I had to drive free spirited people who love to tell their stories and opinions. I do admit I may not have agreed with everyone who sat in the back but I can say most of the time I either ended up laughing or learning something new. Another great thing that our Pedicabs had were blankets for the cool night and so a couple can cuddle and enjoy the fresh are as they see the stars. Now I’m not the most romantic person in the world, but even I can see how appealing that might be to couple or even a first time date.
Capital City Pedicabs is not a mere way of transportation but an experience. People miss out a lot from driving and blocking themselves from the world. It’s good to take some time and look around, take in the city and nature as it is. Listening to the sounds and seeing things in a different life, I hope that anyone that reads this tries a pedicab and I promise if you take the moment to soak it in you won’t regret it. 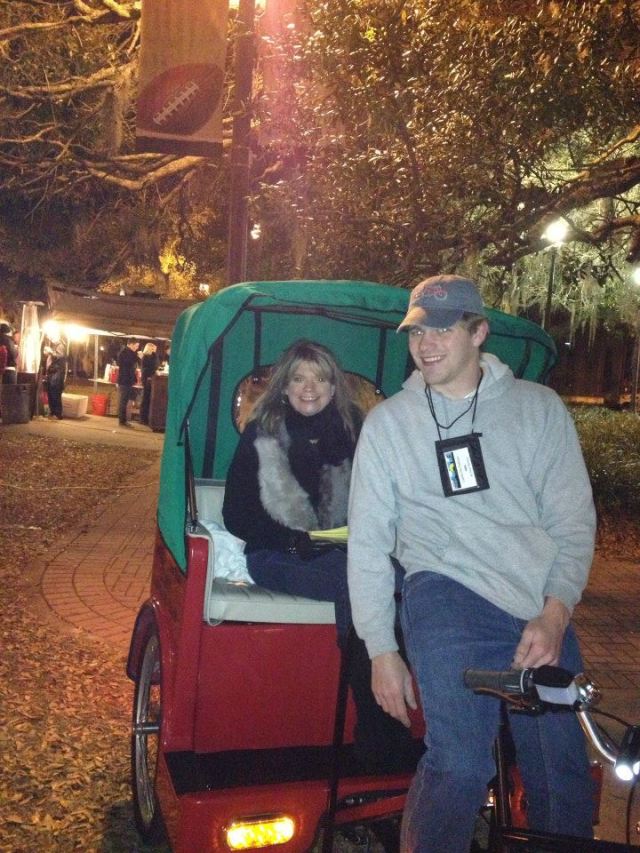 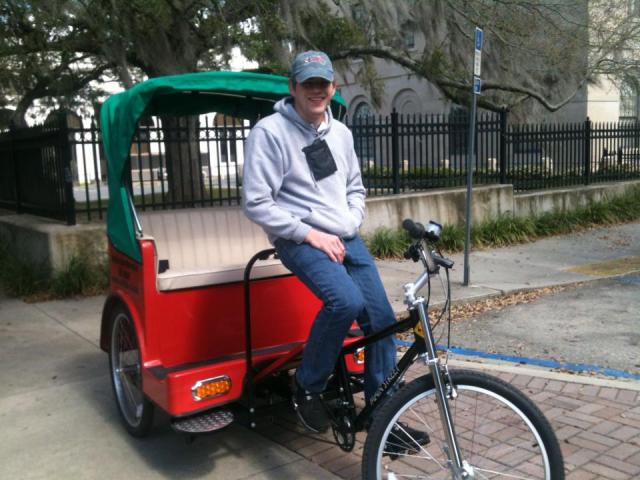